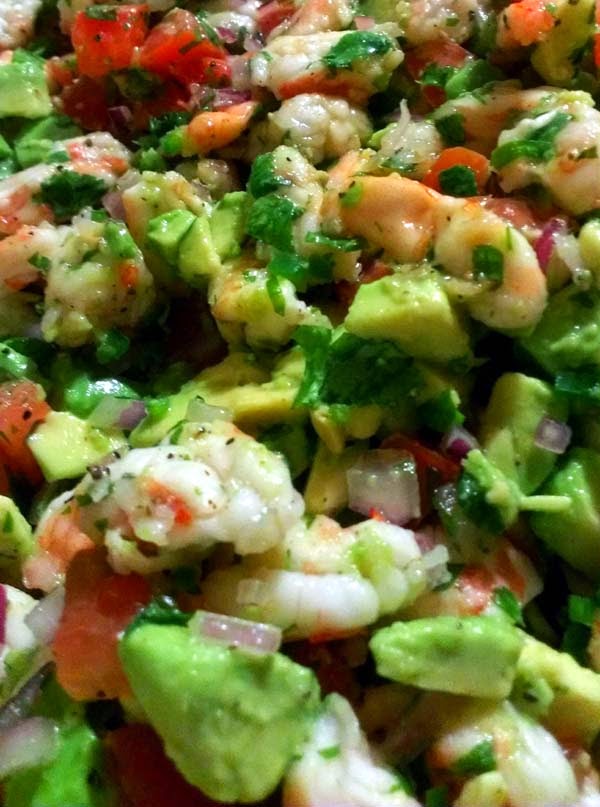 Living in Southern California all my life, I'm exposed to practically all kinds of cultural food from all over the world.  One of my favorites is Mexican food.  Luckily, one of my best friends is Mexican and when I visit her at her parents' home, I get a treat of ceviche, a blend of diced tomatoes, onion, cilantro and chili pepper mixed with lime juice concentrate.

Chunks of meat, whether pork, beef, or chicken, are usually included.  I prefer imitation crab meat.

As usual, I've been researching many health benefits of the food I like to make.  Chili peppers are rich in Vitamin A, C, B6, among others, that could help ward off infection, eye disease,  cancer and other sickness.  Also, some studies indicate that chili peppers can help increase metabolism to help with weight loss. (source)

As for tomatoes, I love them.  I put them in salads all the time.  Tomatoes also have plenty of vitamins to keep you healthy, but I read somewhere that eating tomatoes is good for the skin.  Tomatoes have antioxidant that essentially work as an anti-aging product to keep human skin healthy. (source)

Onions have certain attractive benefits as well.  Other than the vitamins an onion contains that are good for you, I'm especially interested in its chromium content for regulating blood sugar.  Again, it's because I'm taking care of a diabetic aunt that makes me aware of these things. (source)

How to make a Mexican-style Ceviche 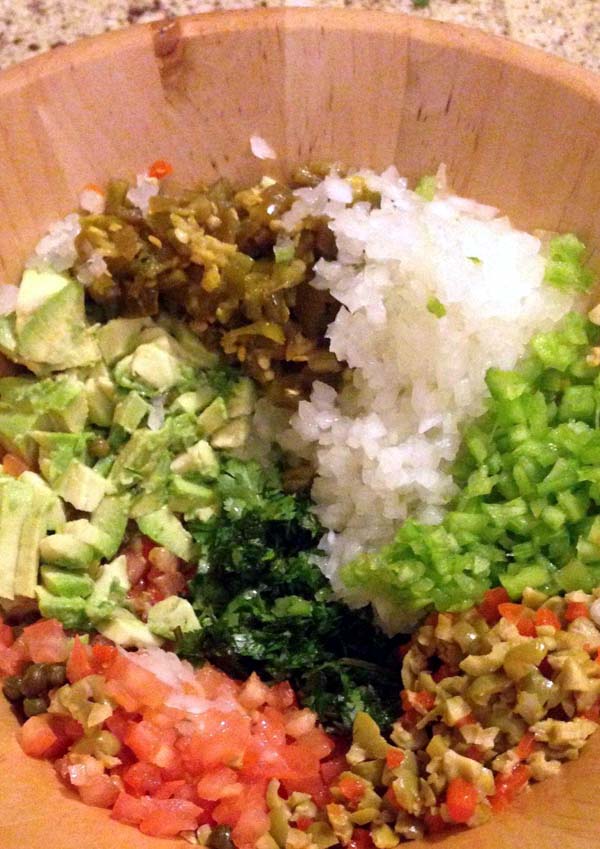 Mexican ceviche is quite easy to make for a snack treat.  You'll need the following basic ingredient that you can adjust depending on how many people you plan to feed.

The first thing you do is cut the meat into small fingertip sized chunks and place in a large bowl with a lid so you can shake the mixture up easily later. After you have the meat cut up pour just enough lime juice over it to cover the meat thoroughly, shake it up and put it to the side.

Next cut up your tomatoes, onions, avocados, jalapeño, bell peppers, olives and cilantro into tiny chunks. In a bowl, mix them all up and add a touch of capers to taste.

Some prefer marinating the meat in the lime sauce for a few hours to overnight. To me, shrimp and imitation crab meat do not need to be marinated to taste good. But I suppose that beef in ceviches could use the marination. It just depends on your taste. Just use the basic ingredients and you can't go wrong.

So how do you eat ceviche? A popular way is to eat it with nachos. Dip, scoop and eat. Just as common, and to me, more fun, is to top them on a tostada. Be careful not to spill.
YOU MAY LIKE