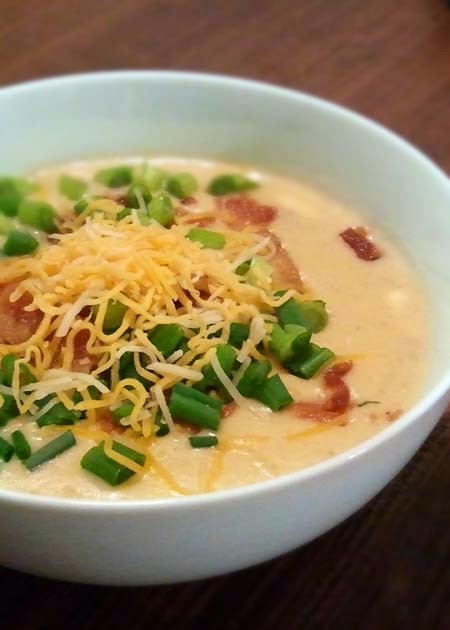 My love for dishes with potatoes continue. Combine that with cold weather then what you've got is creamy loaded potato soup. Slow cooked so that I can go about my day as usual. This easy recipe is adapted from the video below.

The steps to make are ridiculously easy, but see the short video below for a full explanation. Just like any other crockpot recipes, the idea is to prepare the ingredients, mix them all up in the crockpot and cook for several hours.

A couple of changes have been made from the original recipe. Particularly, butter and cream have been replaced altogether by 1 oz cream cheese simply because I did not have enough butter and cream at the time I decided to make this soup. Also, 1/4 teaspoon of red pepper have been added to give the soup a little kick.
Eat this soup with bread. Here's a recipe for no knead dutch oven bread.

Now here's the video I used: