A few months ago, my brother called and invited me to an all night XBox party at his apartment. And he asked me to bring something to eat for a handful of HIS friends. I was inclined to say no, but he was inviting a nice group of guys I had already met mostly from his school (a local private Christian college) and his Bible study group. One guy is cute, single, and available as far as I knew, so I agreed to make something quick.

I came up with Tater Tots Hotdish while researching on Pinterest. I mostly followed this recipe, but since I didn't have all the ingredients, I had to make some changes using what I had at the time. 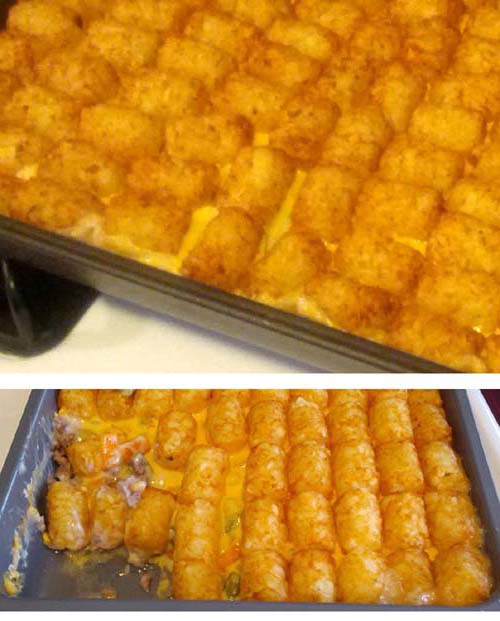 In a pan, brown ground beef and chopped onion. Add garlic powder and seasoning to taste. Drain then spread in bottom of large baking pan.

Add and spread mushroom soup and mixed vegetables evenly among the beef layer.

Place a layer of American cheese slices to cover.

Finally, top with a layer of tater tots. I like to arrange them neatly in a row.