Special pancakes are one of my favorite things to make. But I only make them once in awhile since they're not really the easiest thing to make. Nevertheless, they are fun to cook. The cinnabun (cinnamon bun) pancakes is one of those pancakes that are fun to make requiring a little creativity. They're tasty, too. 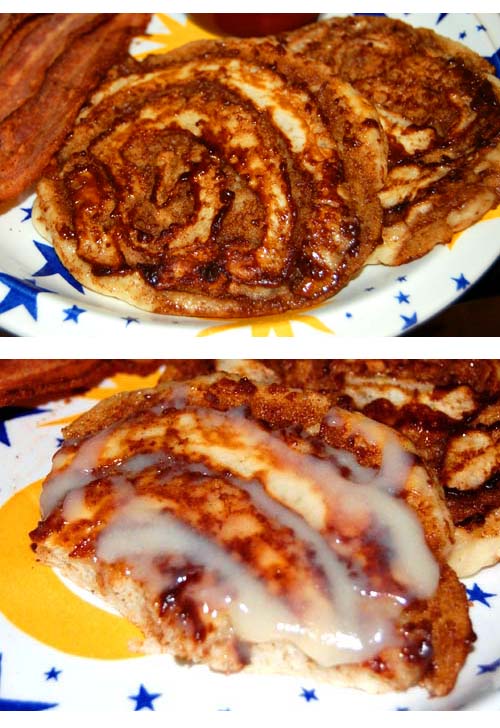 Glaze:
Mix the pancake batter in a bowl thoroughly and set aside.

Mix the glaze topping thoroughly. Then set aside.

Top the pancake with the glaze and serve.
YOU MAY LIKE